Monday, 06 February 2023
HomeRandom ThoughtsThe Other Side of the Hospital Bed

I am 43 and I only recall being hospitalized twice. When I was 30, I had back surgery. My wife and I had two children. She was working, and I was just starting to do some side projects for income. I had a discectomy, and was medicated. I recall opening my eyes several times. For perhaps two incidents, I recall seeing my wife there momentarily. It was like she rushed in and rushed out of the room. Most of the time, I opened my eyes and no one was there, or a nurse was pestering me. When I went home, I recall an excruciatingly long car ride which made me feel like vomiting the entire way. I spent the next 6 weeks in a recliner. My two children (ages 9 and 5) had a slightly older cousin visit and stay with us for one month. My wife went to work during the days. I tried to help the kids with meals and keep them occupied. Mostly, I was crabby, a lousy father, and unpleasant person. My wife worked six days per week and we argued about going to a different church each Sunday. She was a lousy caregiver. Not fond memories. We are beyond that. She apologized several times about those days. I wish the memories were different. 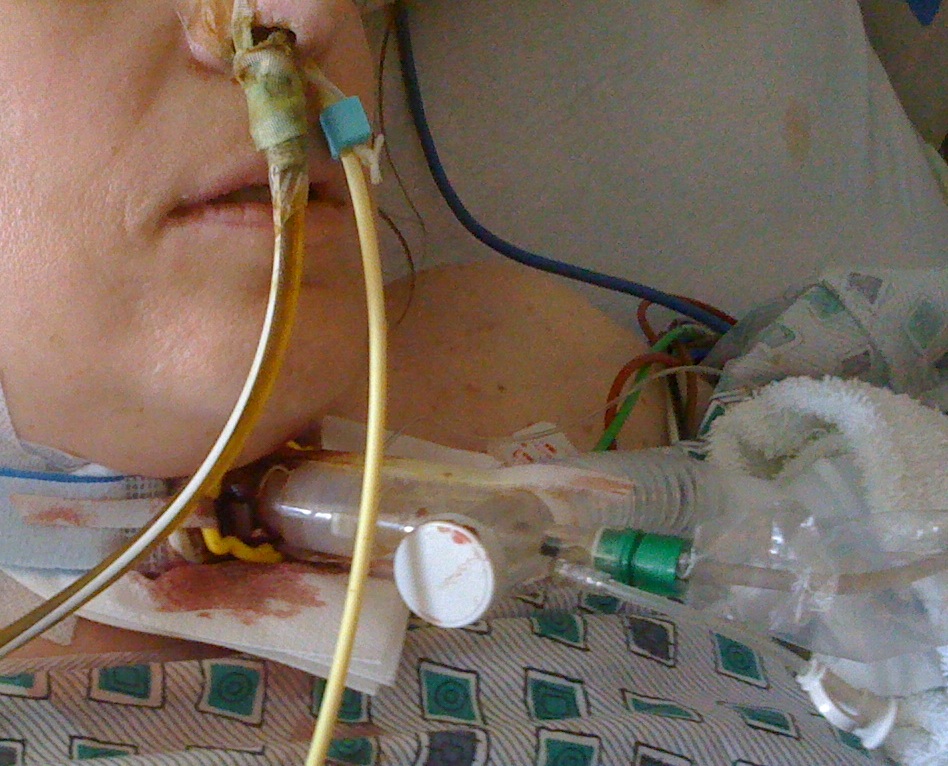 About 10 years later, I first learned what it was like to be on the other side of the hospital bed. Over the course of the next few years, she spent time in 7 or 8 hospitals. Some of her visits were just one night. Several were multiple weeks. As a write this, she is at day 30 of a hospitalization, still in  ICU, without being close to discharge. I have seen the beautiful and ugly sides of hospital employees. I have heard them say, "She is at risk of brain hemmoraging right now," "With those vitals, she shouldn't be conscious and would barely be alive," "Long term side effects may include permanent brain damage," as well as "We've done what we can. I'm sorry." She has had 5 very near death experiences. We now have 7 children, and more than once, I have had to prepare them that she may not live.

I have seen this side of the hospital bed and had to make difficult decisions: amputate? chemo? hospital transfer? treatment? lose job? can we afford that treatment? should I let the kids see her? should the kids come to the hospital if it looks like she is going to die before the day is over? should I stay with her or be with the kids? who can help care for the kids? how will we pay the bills next month? should I page the nurse now? should I persist until the doctor is dragged into the hospital? is she delirious or serious? do I believe her or do I believe the medical expert who has seen something like this many times before? why won't the listen to me that XXXXX is getting worse? why didn't they listen to me about XXXXX getting worse and now she is facing bigger problems? how do I a particular nurse from caring for her? how do I fire the physician? am I over-reacting? will she recover? will she survive? what will I do next? can she hear me when I am talking? why is this happening? will she have brain damage? why is she acting so mean? why is she acting abnormally affectionate? why doesn't she remember anything from the past 4 months?

It sucks. But having been there many, many, many times, I believe I have things I can share which could help others when they face similar questions. I hope to be able to share some of those things here.

May God carry you through your difficult times, as He has carried us.